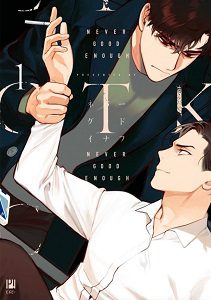 Never Good Enough Manga Plot: “Are you going to spread your legs for me like you did for my brother?” After Louis was dumped by his boyfriend of many years, his ex-boyfriend’s younger brother, Theo, appeared before him. Frustrated with Theo’s relentless inquiring, and in spite of his dejection, Louis lied: “I was the one who broke up with your brother.” That’s when Theo started to follow him. “If my lie is uncovered, it’ll all end. That’s good.” That must have been what he thought, but before he knew it, Theo’s obsession for him began.

Shitteru yo. by Hinako [Eng]