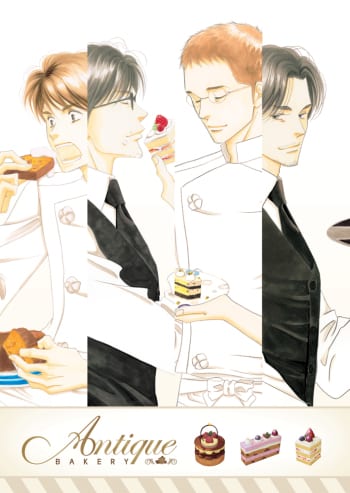 Plot: A high school crush, a world-class pastry chef, a former middle-weight boxing champion… and a whole lot of cake!
Ono has come a long way since the agonizing day in high school when he confessed his love to handsome Tachibana. Now, some 14 years later Ono, a world-class pastry chef and gay playboy has it all. No man can resist Ono’s charms (or his cooking skills!) but he has just found a new position under a man named Tachibana. Can this be the only man who resisted his charms, and if so, will the man who once snubbed the “magically gay” Ono get his just deserts? And how in the heck did a former middleweight boxing champion wind up as Ono’s cake boy?