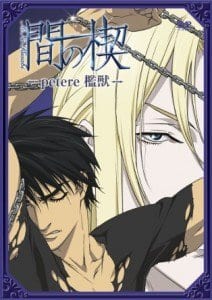 Plot: The story is set in the future on the planet named Amoi which is controlled by a supercomputer named Jupiter. Among the mostly male human population, the light-haired elite class is allowed to temporarily keep the dark-haired “mongrels” as pets. One elite member, Iason, encounters a mongrel named Riki in the slums and decides to take him in. However, Iason keeps Riki longer than it is socially approved, and rumors abound about their possible relationship.