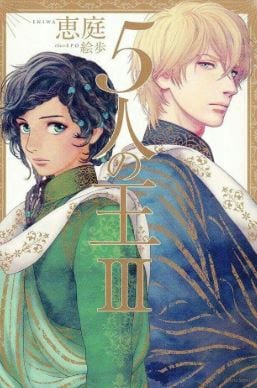 Plot: Jebron is a country ruled by the Five Kings, who were born from the blood of a god. Sage, a young orphan, has a little sister named Hoshimi with the power of the gods, and in order to protect her, he decides to put his life in danger before the cruel and proud Blue King. However, he by chance encountered the Red King named Gules, kind and sympathetic, by which he begins to have feelings. But Sage is owned by the Blue King, and who feels insulted by the situation.