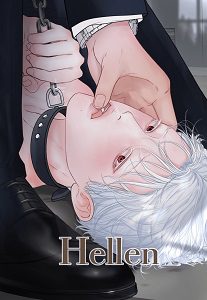 Hellen Manhwa Plot: Haein, with his white hair, red eyes, and an Asian name, is mocked and called Hellen. This name came about due to its resemblance to “Hell in”, which also means “fallen into Hell”, and this piques the interest of Philip, who approaches him. Philip, who has the tendencies of an insane Dom, imagines the thrill from controlling Haein’s psychological trauma and drug addiction, and thus forces an indispensable Dom-Sub relationship. However, as Haein gradually gets out of hand after returning to Korea, in order to control him again, Philip’s dangerous taming begins.

Constellations in My Palm by Yukine Honami [Eng]