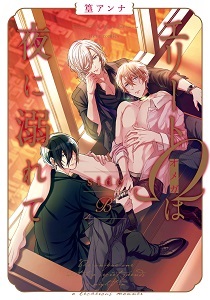 Plot: Yukishiro works in the business department of a big company and has recently become an executive manager at such a young age. He has great expectations from the people around him and he is very popular too, but he has a secret. The only one who knows about that is Saotome, his subordinate, who is Yukishiro’s kouhai since high school. Saotome has always known this secret and kept protecting Yukishiro. Although he is very clever, he works only for Yukishiro’s sake. Worrying about Saotome, Yukishiro decided to open up only to him, but one rainy day, he meets the vice-president Hiiragi by chance, and the gears of destiny start to go crazy for him…